Since its inception in 2013, the Awards have begun a tradition of celebrating Hong Kong’s very own unsung heroes for their inspiring journeys in overcoming adversities, contributing to the community, acts of self-sacrifice, innovating for good, cultural preservation, good corporate citizenship and entrepreneurship. It also garnered a host of community organisations that nominated ordinary yet exemplary citizens or enterprises. A total of 147 nominations were received this year, more than doubled from the previous year. With Sino Group’s generous sponsorship for the fifth consecutive year, the Awards gave voice to Hong Kong’s unsung heroes whose stories the SCMP has been sharing with readers on our digital platforms as well as print edition.

The fifth Spirit of Hong Kong Awards winners are: 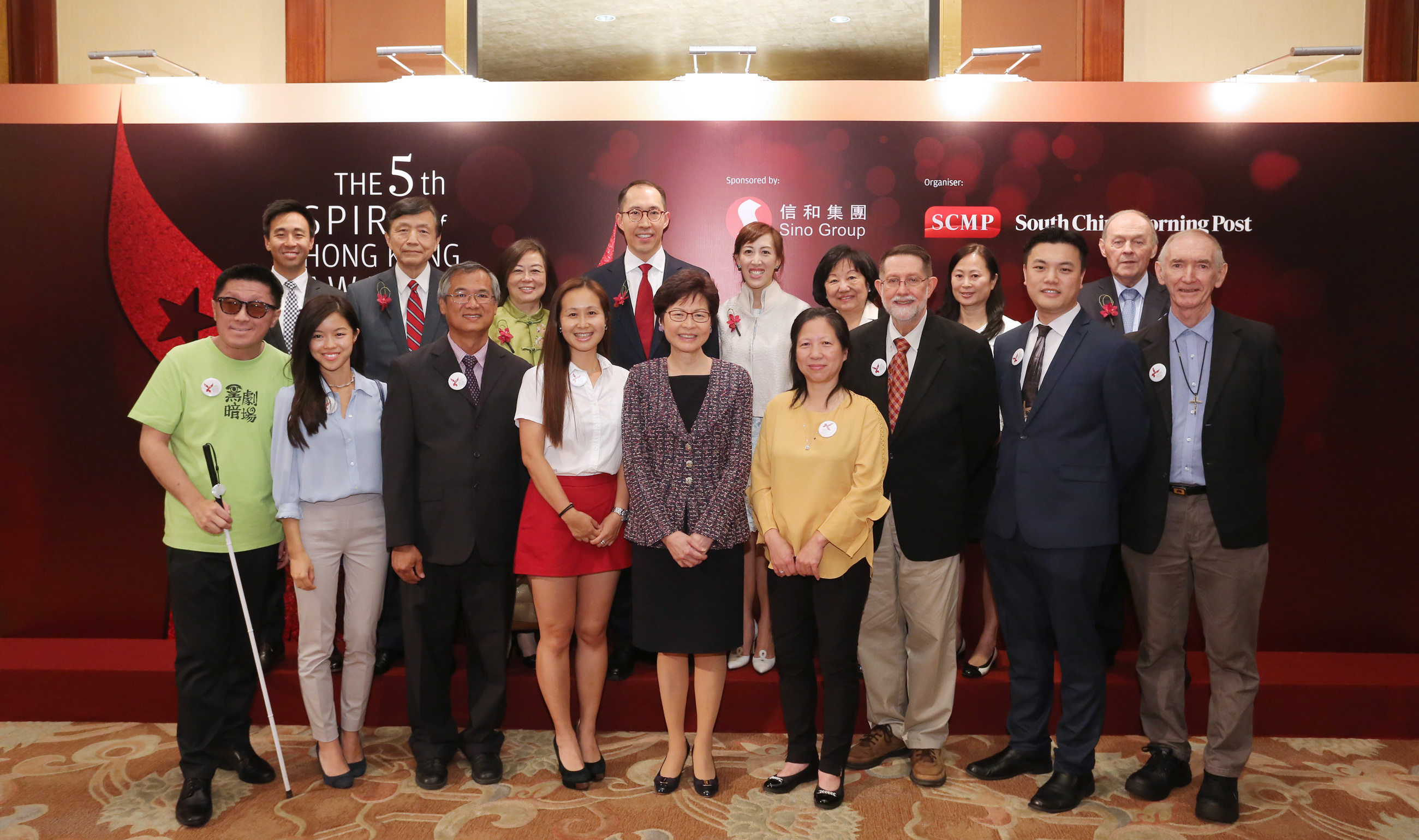 “The [Spirit of Hong Kong] annual awards, which began in 2013, celebrate the spirit of Hong Kong, illuminating some of the countless ways in which our 7.4 million people can come together as a community inspired by shared values and goals,” remarked the Hon. Mrs Carrie Lam, Chief Executive of the HKSAR, at the ceremony. “Each awardee serves as a role model for what can be done.  Each shows us that a stubborn willingness to help others, to make a difference, can make all the difference. Collectively, this year’s Spirit of Hong Kong winners bring help, and more importantly hope, to the disabled and the elderly, minister to the sick, feed and help the homeless, and work to preserve our unique culture. For that, and so much more, we are humbled and grateful.”

She continued, “And if we continue to work together for the common good, the spirit of Hong Kong will surely reward us all, long into the future.  My thanks to each and every one of this year’s nominees. You make me proud – you make us all proud – to call Hong Kong, this place, our home.”

Mr Gary Liu, SCMP CEO, addressed the nominees, finalists and winners at the ceremony, saying, “You are those who have extended a helping hand to those in need, who have found no excuses in adversities, who have innovated for the greater good, and who have fought to preserve our city’s unique culture and heritage. As Hong Kong’s newspaper of record, the South China Morning Post feels unbridled pride to give voice to you and your stories. I truly believe that the highest honour that each of us could bestow on you, is the promise to remember and share your stories, and to let them guide us to action and change in our own lives.”

First published in 1903, the newspaper has developed an enviable reputation for authoritative, influential and independent reporting on Hong Kong, China and the rest of Asia. Available in print, mobile, tablets and online through scmp.com and e-reader editions, the South China Morning Post reaches a global audience with daily breaking news, analysis and opinion, multimedia articles and interactive forums. The South China Morning Post received 200 awards in 2016-17 for excellence in editorial, marketing and technical capabilities. Other titles in the company include the Sunday Morning Post, STYLE, Destination Macau and The PEAK.