May 5, 2016May 13, 2016
HONG KONG, 16 May 2013 – The South China Morning Post is pleased to announce the appointment of Nick Edwards as the new Business Editor, reporting directly to Wang Xiangwei, Editor-in-Chief.

Nick Edwards will lead a team of more than 30 journalists focus on covering every aspect of business in Hong Kong and China. Edwards’ brief is to break news and provide sharp analysis to give SCMP readers fresh perspective on the most important business stories of the day. 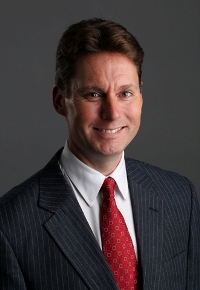 “At a time when China and its economy take an increasingly dominant role on the global stage, reporting and analysing how China ticks is more important than ever,” said SCMP Editor-in-Chief Wang Xiangwei. “Nick, who joins us fresh from Beijing where he was Chief Economics Correspondent for Reuters, will be able to step right in to lead our coverage of the Hong Kong and Chinese economies.”

Edwards has been writing about Asia’s influence on the global economy since 1996 when he joined Reuters in Singapore. He moved to Hong Kong as chief investment correspondent in 1999 and then to London in 2003 to lead coverage of European investment markets. Followed by assignments as treasury news editor for Europe, Middle East and Africa and economics editor for Reuters TV, before he moved to Beijing in 2011.

Nick Edwards: “Most of my career has been Reuters where I have been involved in the biggest stories in global economics. Of course, one of the biggest of those stories has been the impact of China on the rest of the world.”

First published in 1903, the newspaper has developed an enviable reputation for authoritative, influential and independent reporting on Hong Kong, China and the rest of Asia. Available in print, iPad™ and online through scmp.com and e-reader editions, South China Morning Post reaches a global audience with daily breaking news, analysis and opinion, multimedia articles and interactive forums. The South China Morning Post received 64 awards in 2012 for excellence in editorial, marketing and technical capability. Other titles in the Group include the Sunday Morning Post, the Chinese editions of Cosmopolitan, Harper’s BAZAAR, ELLE and CosmoGirl! magazines.