The winning students underwent several rounds of rigorous group discussions, auditions, interviews, and other forms of assessment adjudicated by a number of subject experts. Over 675 students were nominated from 152 schools in Hong Kong to participate in the tight competition for the top Student of the Year Awards honours.

“The Student of the Year Awards serve to highlight the talents and accomplishments of Hong Kong’s incredible youth,” remarked SCMP Chief Executive Officer Mr. Gary Liu at the ceremony. “It is truly an honour for the SCMP to recognise the hard work, diligence, and dedication of the nominees, finalists and winners of the Awards. These awards are about more than just achievement. We endeavour to unearth and acknowledge students with high values and strong character. Today these students serve as role models for other youth in Hong Kong. As they grow and accomplish even more, they will continue to serve as examples of service and humanity.”

Mr. Winfried Engelbrecht-Bresges, Chief Executive Officer of The Hong Kong Jockey Club said,  “I am sure I speak for all members of the advisory board, and our judges, in saying how impressed we have been by the calibre and dedication of all this year’s candidates. The depth and diversity of their talent gives us enormous hope for the future of our city. It is with the future in mind that the Jockey Club has made youth development one of its key areas of focus in charity. Equipping primary students for the digital world of the future, developing mental as well as physical strength through sports programmes; and helping teenagers map their life and career paths through mentoring initiatives. I believe the values which inspire the Jockey Club – world class leadership, uncompromising integrity, continuous development and serving the community – have great applicability to our young people.”

The awards received support from the judging panels as well as the Advisory Board, which consisted of the following Hong Kong leaders: Mr. Gary Liu, SCMP Chief Executive Officer; Mr. Winfried Engelbrecht-Bresges, Chief Executive Officer of The Hong Kong Jockey Club; the Hon. Bernard Charnwut Chan, Hong Kong Deputy of the National People’s Congress and Convenor of the Executive Council of the HKSAR; Dr. Allan Zeman, Chairman of Lan Kwai Fong Group; and Mr. Lau Ming-wai, Chairman of the Commission on Youth. 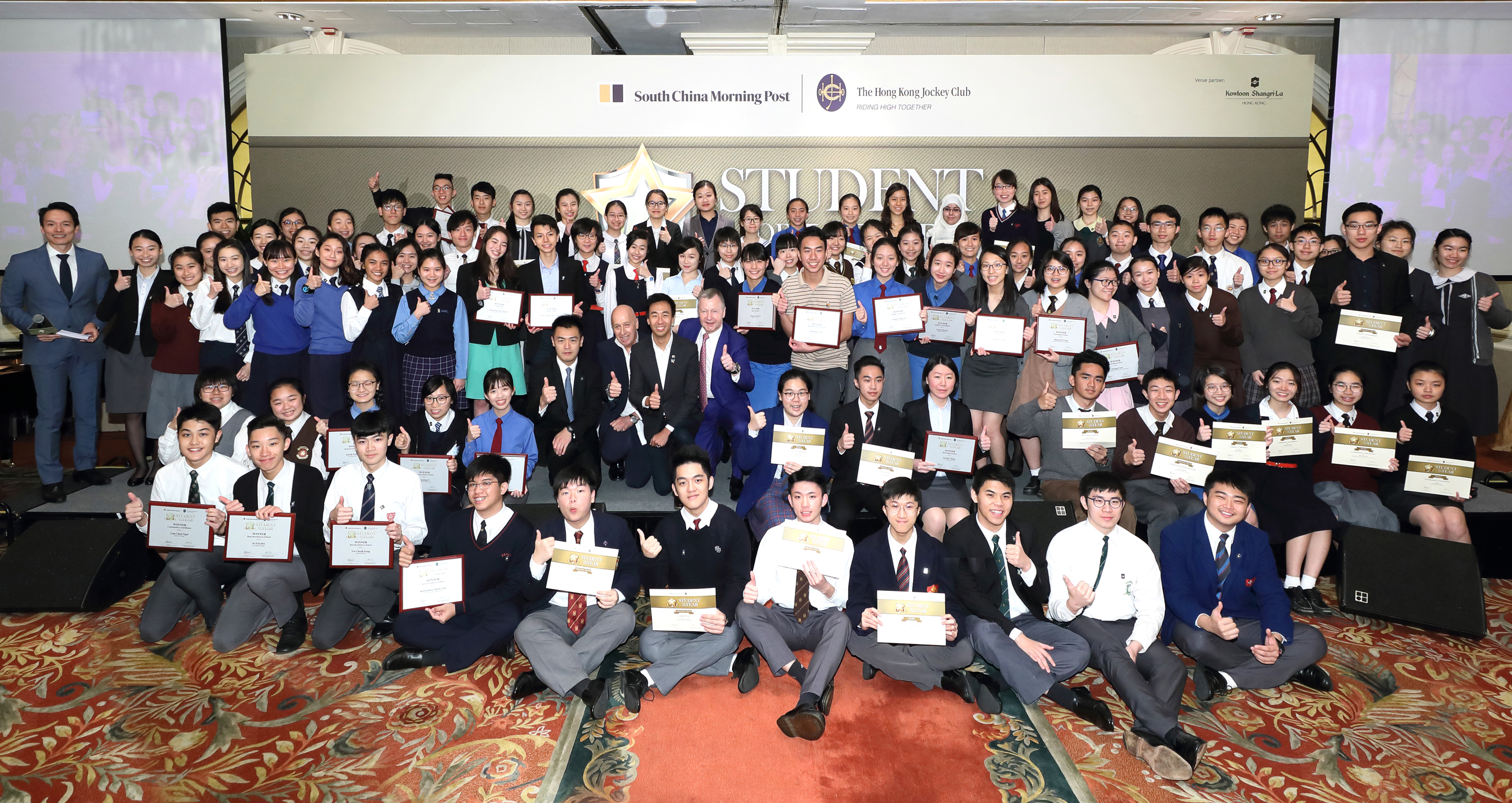 The Student of the Year Awards 2017 ceremony was successfully held on March 17. 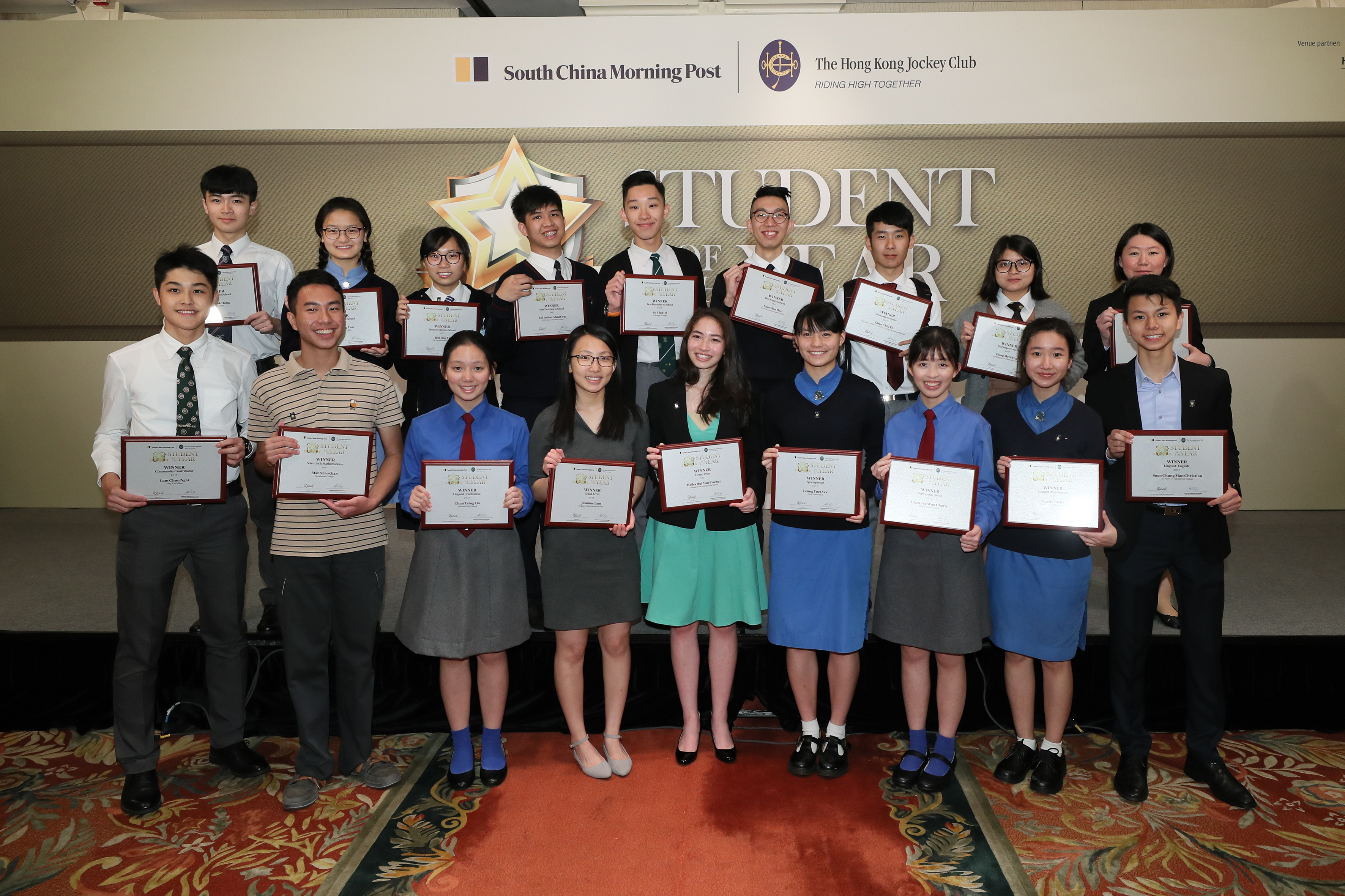 Winners pose for a group photo at the Awards Presentation Ceremony. 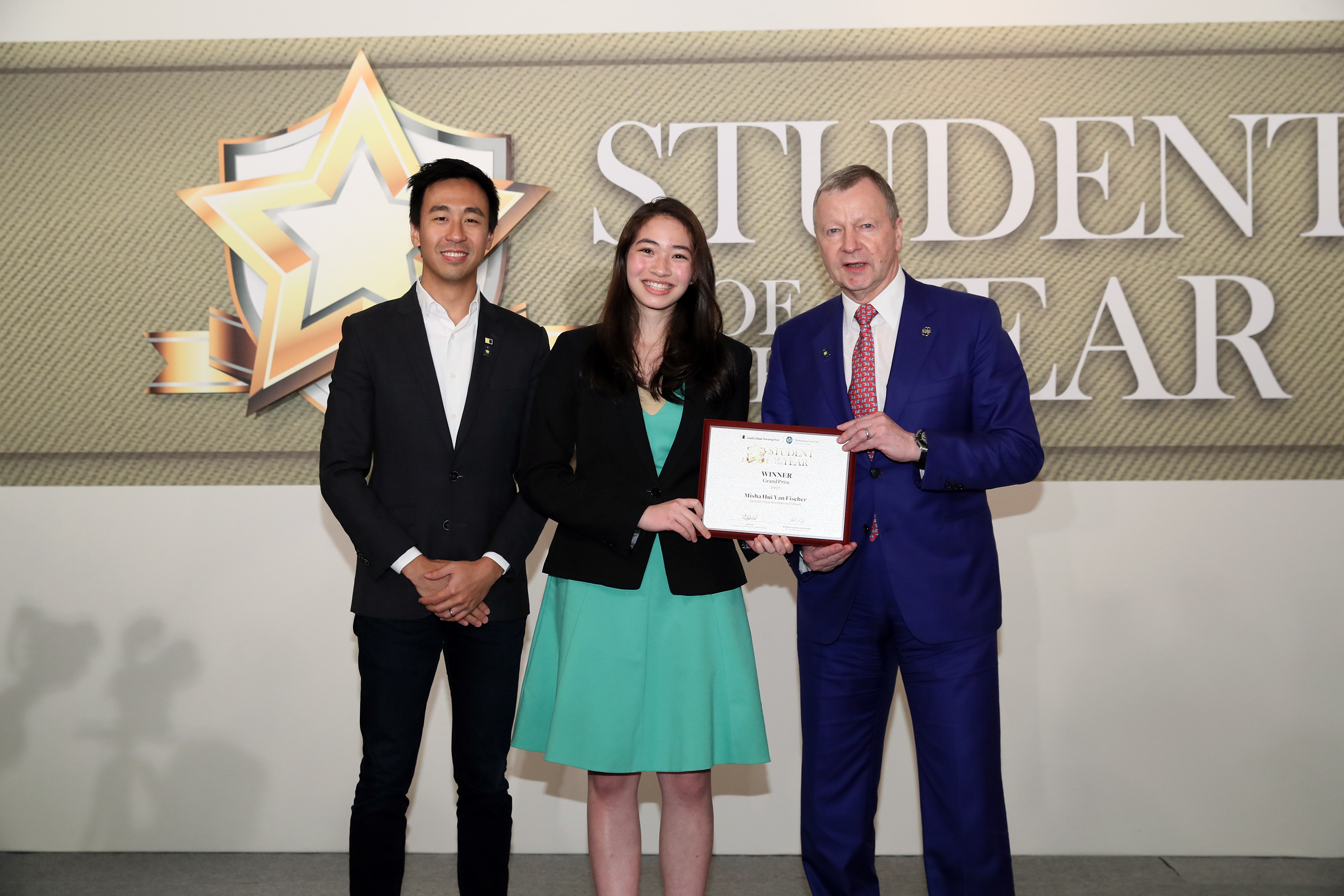 South China Morning Post is a leading news media company that has reported on China and Asia for more than a century with global impact. Founded in 1903, SCMP is headquartered in Hong Kong, where it is the city’s newspaper of record. The SCMP teams span across Asia and the United States, working together to connect with news consumers around the world. SCMP is committed to informing and inspiring through journalism of the highest standards. The company’s vision is to “Elevate Thought” and its mission is to “Lead the global conversation about China”. SCMP develops news content 24/7, driven by world-class journalists, editors, visual artists, photographers and videographers, all guided by the principle of “Truth and Fairness”. Its editorial teams are powered by emerging digital technologies to create innovative ways to tell Asia’s most important and compelling stories. Against the backdrop of shifting discovery and consumption behaviours, SCMP reaches users across distributed media platforms including scmp.com, smartphone and tablet apps, social media and messaging platforms, as well as our flagship newspaper. Additionally, SCMP is Asia’s leading magazine publisher with a portfolio of premium lifestyle and fashion titles including Cosmopolitan, ELLE, Esquire, Harper’s BAZAAR and The PEAK. SCMP is also home to cpjobs.com, a big data-powered recruitment platform that matches jobseekers with their dream jobs.